Speak Up Before It’s Too Late, Activist Tells Church Groups 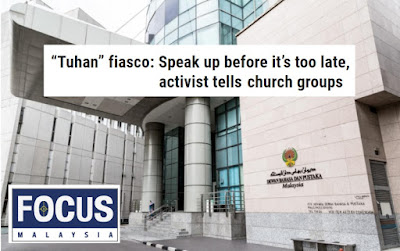 AS the Dewan Bahasa dan Pustaka (DBP) refuses to budge on its stand in the use of “Tuhan” exclusively for Muslims, an activist has urged church leaders to speak out against the matter.

“The church groups seem to be reluctant to issue statements on the matter. From what I understand, they fear that this may impact the on-going Allah issue in court. 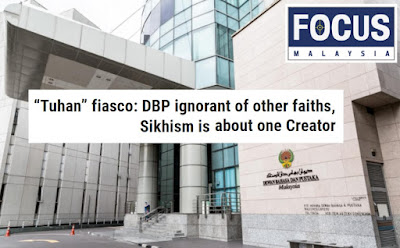 DBP later defended its decision saying that even English dictionaries such as Oxford Dictionary of English, Collins English Dictionary and Wikipedia make the same distinction between “God” and “god”.

Nip It In The Bud

To date, only the Malaysian Consultative Council of Buddhism, Christianity, Hinduism, Sikhism and Taoism (MCCBCHST) vice president Datuk Seri RS Mogan Shan and the Malaysian Gurdwara Council (MGC)  has spoken out on the matter. 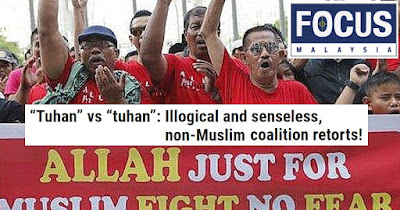 In fact, FocusM has contacted the Council of Churches of Malaysia (CCM) recently and its spokesperson had refused to comment on the matter citing it may affect the on-going Allah court case.

However, Ohsey was unimpressed by the church groups’ assertions. 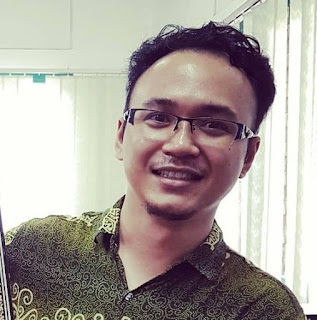 The columnist for Projek Dialog, a non-governmental organisation (NGO) dedicated to open public space for free speech and dialogue, said that problems need to be resolved in the early stages before it becomes a “tumour” in the future.

“If we keep mum about this, sooner or later, it will become a huge problem but what’s the point making noise then?

“So, I appeal to the church leaders to reconsider their stand. The Christian community at the grassroots level are not too pleased with this,” Ohsey stated.

On that note, Ohsey said that it was outrageous for DBP to make such decision and was amused by the agency’s flip-flop.

“First, they said such ruling was never made but later, they started defending it. Anyway, DBP has no right to make the word ‘Tuhan’ exclusive for Muslims alone,” he stressed.