“Tuhan” vs “tuhan”: DBP oblivious to the change 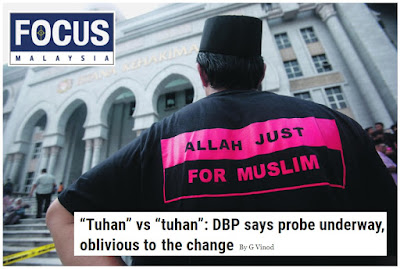 WITH the Dewan Bahasa dan Pustaka (DBP) coming under immense scrutiny, its official claimed it was oblivious on the “Tuhan” controversy and was probing the matter.

“I’m investigating the matter. As far as I know, DBP made no such ruling to differentiate between ‘Tuhan’ and ‘tuhan’,” its director general Datuk Abang Salehuddin Abg Shokeran told FocusM.

Two days ago, Kavyan Writers’ Group told FocusM that DBP had made a distinction on the use of the word “Tuhan” among Muslims and non-Muslims.

The group’s founder Uthaya Sankar SB said that DBP has reserved the word “Tuhan” for Muslims, while “tuhan” is used for non-Muslims. [Read here] 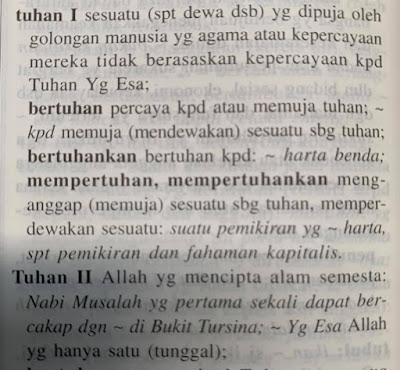 Uthaya said the distinction was clearly reflected in the anthology of short stories, Meredah Kabus (2021), published by DBP recently.

Touching on the matter, Salehuddin opined that the officers involved may have got confused with the Oxford Dictionary, which made distinction between “God” and “god”.

“But I’m still investigating this. Let me get back to you once I have the details,” he remarked.

In February 2021, DBP courted controversy when it used derogatory word “keling” to define a Tamil word, in its online dictionary. The reference was subsequently removed after a public outcry. 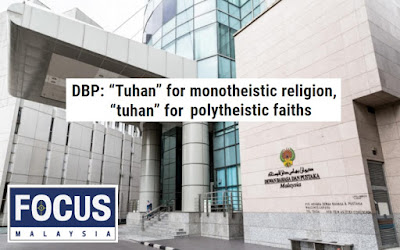