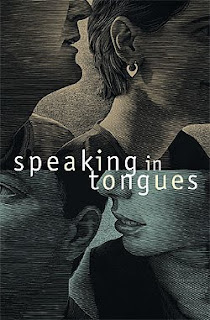 Uthaya Sankar SB is a Malaysian Indian writer who writes in Bahasa Malaysia. He tells Bissme S why.
..

It is a known fact that Uthaya Sankar SB is one of the few active non-Malay writers known in the Malay literary circle. But the writer does not like to be categorised.

“Why does one have to categorise writers?” asks the Malaysian Indian who writes in Bahasa Malaysia, a little annoyed. “Why do writers have to be pigeonholed according to race? The art the suppose to be blind to any categorisation. I have always regarded myself as a Malaysian writer.”

What gets him more annoyed is when journalists ask him how he mastered a language which is not his mother tongue.

“Bahasa Malaysia is taught in school. Every Malaysian has the duty to master it. If we don’t master the language the language, it is a problem. When one masters it, everyone is amazed.”

He also explained that in India, many writers now write in English, a language that is not their mother tongue. Yet, one of them, Arundhati Roy, won the Booker Prize for her English novel God of Small Things.

“A writer is a writer. He or she expresses an opinion and an idea in words. What language one uses should not be an issue.”

He does not like it when competitions create two categories – one for Malay writers and one for non-Malay writers.

“Why create the segregation? Let the judges work without judging one’s race. The way I look at it, creating this segregation is like belittling the non-Malay writers’ abilities,” says Uthaya.

Because he writes in Bahasa Malaysia, one would expect the main character in his short stories to comprise Malays. This is not the case.

One would then expect some oddness when Indian characters converse with each other in Malay language. But Uthaya assures us this is not the case. The process is slick and smooth.

“There are times I use Indian (Tamil, Malayalam, Sanskrit) terms. But I will always provide a translation. So far the readers don’t have any major complaints. In many ways I am exposing Malaysian readers to Indian culture.”

He also reveals that his works are never conventional love themes that most writers dwell on.

“I write for people with brains. I don’t want to insult my readers’ intelligence. I want to challenge my readers. I want to make them think. Anyway I don’t look down on writers who use conventional style of writing. They are comfortable in that zone. But I am not.”

Uthaya was born in Taiping, Perak and obtained a Bachelor in Media Studies at Universiti Malaya, Kuala Lumpur. He is also attached to Radio Televisyen Malaysia (RTM) as a Bahasa Malaysia TV news editor on a part-time basis.

“Whenever I tell people that I work in the news section in RTM, people automatically jump to conclusion that I work for the Tamil section. You can imagine their surprise when they learn I am attached with the Bahasa Malaysia section,” he says with a laugh.

Uthaya also runs workshops for writing short stories in Bahasa Malaysia. Most of his workshops are conducted for free or minimal charges.

“I learnt writing the hard way. I had no one showing me the ropes. So I have decided to give a few tips to the new writers on the block. At least they know they have some support and direction.”

Usually he conducts his workshops on weekends. But most of the time youths find difficulty attending his workshops.

“On the weekend, these youths have tuition classes. Most likely they will put their studies first. Writing short stories, after all, is a hobby.”

But he has found a way to work around this problem. Now he runs his workshop through e-mail.

“That way, they can read the materials whenever they have time. If they have any questions they can e-mail me. I will answer to clear any doubts. This workshop is an on-going process.”

At the same time, Uthaya has also started Kumpulan Khalayak Siber Intelek Sastera (KKSIS), a reading club on the Internet. He sends reading materials to the members. To date KKSIS has 66 members. Both services are provided for free.

“This reading club is to increase the number of readers,” he explains.

Often he will use his work as reference in his workshop and reading club. Is he a little vain promoting his work this way?

“I often quote myself. It adds spice to my conversation. That is what George Bernard Shaw says. I am just following his example.”

One English daily journalist describes him as ambitious, confident an even a little arrogant. He has no qualms about this comment.

“Yes. I talk highly about my work. I am proud of what I have produced. I am no different from proud parents who boast about their children’s achievements. In my case, my children are my works. I put a lot of effort into my stories.”

He also finds that some local writers don’t aggressively promote their work.

“In the west, writers will go all out to promote their work. They will attend radio and TV interviews. Here the writers don’t do that. They leave this task to the publishers. That should not be the case. Here we have avenues to talk about our works. For example, radio stations provide slots dedicating to literature.

“But the writers are not taking the opportunities. Some of the writers believe that a writer should not promote his or her work so aggressively. They say, the works should speak for themselves. My question is, if we don’t promote, how are people going to know about our existence? Promotion is important in any industry.”

When asked if he had any desire to write in English, he said, “Yes. That should be my next venture.”

From the look of things, Uthaya is ready for this challenge.